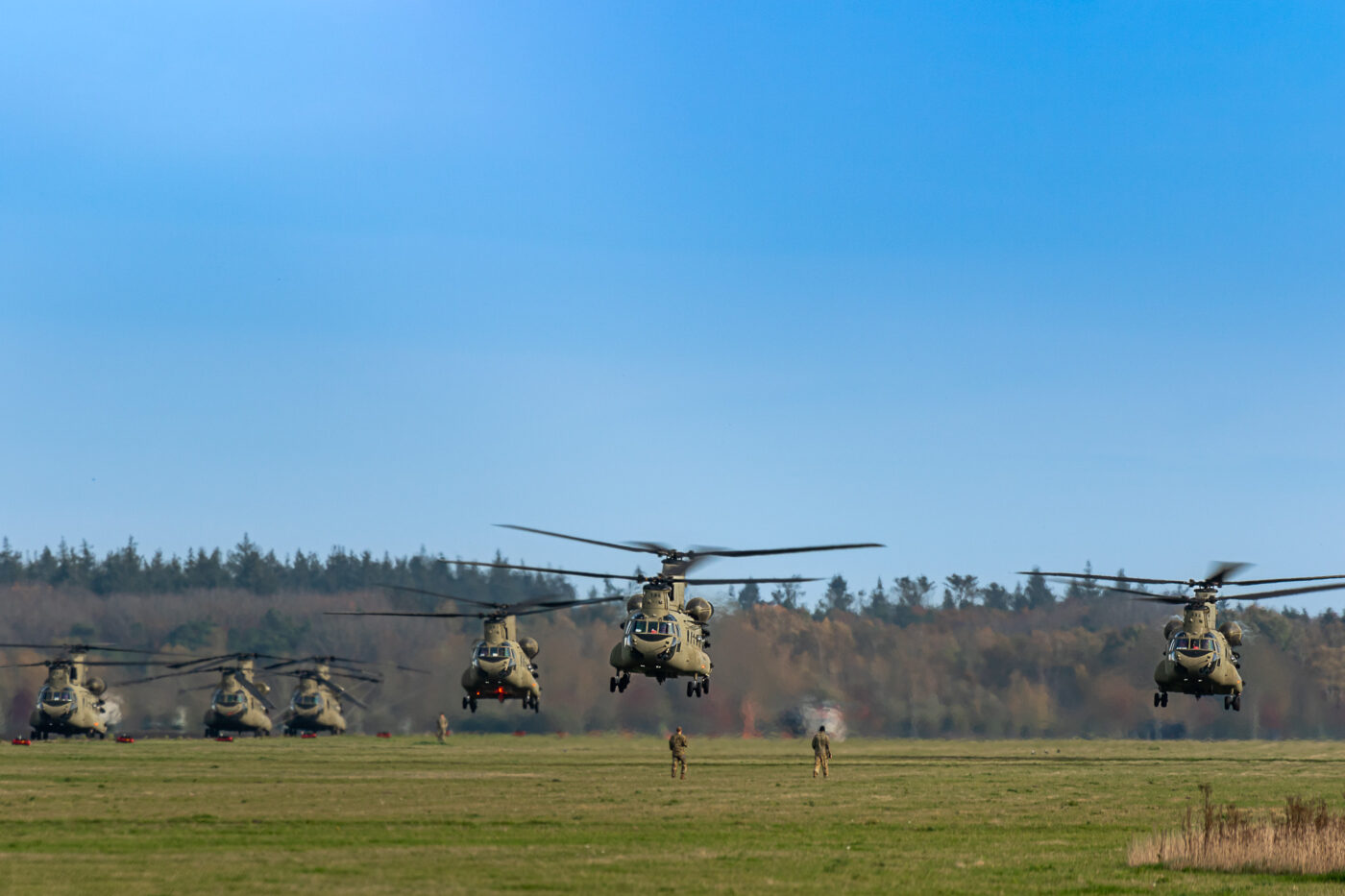 I stumbled on a tweet from the Royal Dutch Air Force announcing exercise Falcon Autumn. It’s an exercise to train airborne operations that was held from October 31 until November 18. Helicopter units from the Netherlands, Poland and the U.S.A. were to train deployment of infantry units. The helicopters would be based on the Luitenant-General Bestkazerne, aka Air Base De Peel.

I was actually just in time to see the last flight of the 12th CAB Black Hawks leave the base. Not the best of photos, but I did get to see Black Hawks. Mission accomplished. At least in part.

I did get a couple of good shots from the Boeing CH-47 Chinook helicopters from the 12th CAB lifting off. Watching 5 or so Chinooks take to the air at the same time, is quite impressive.

Prev In The Spotlight