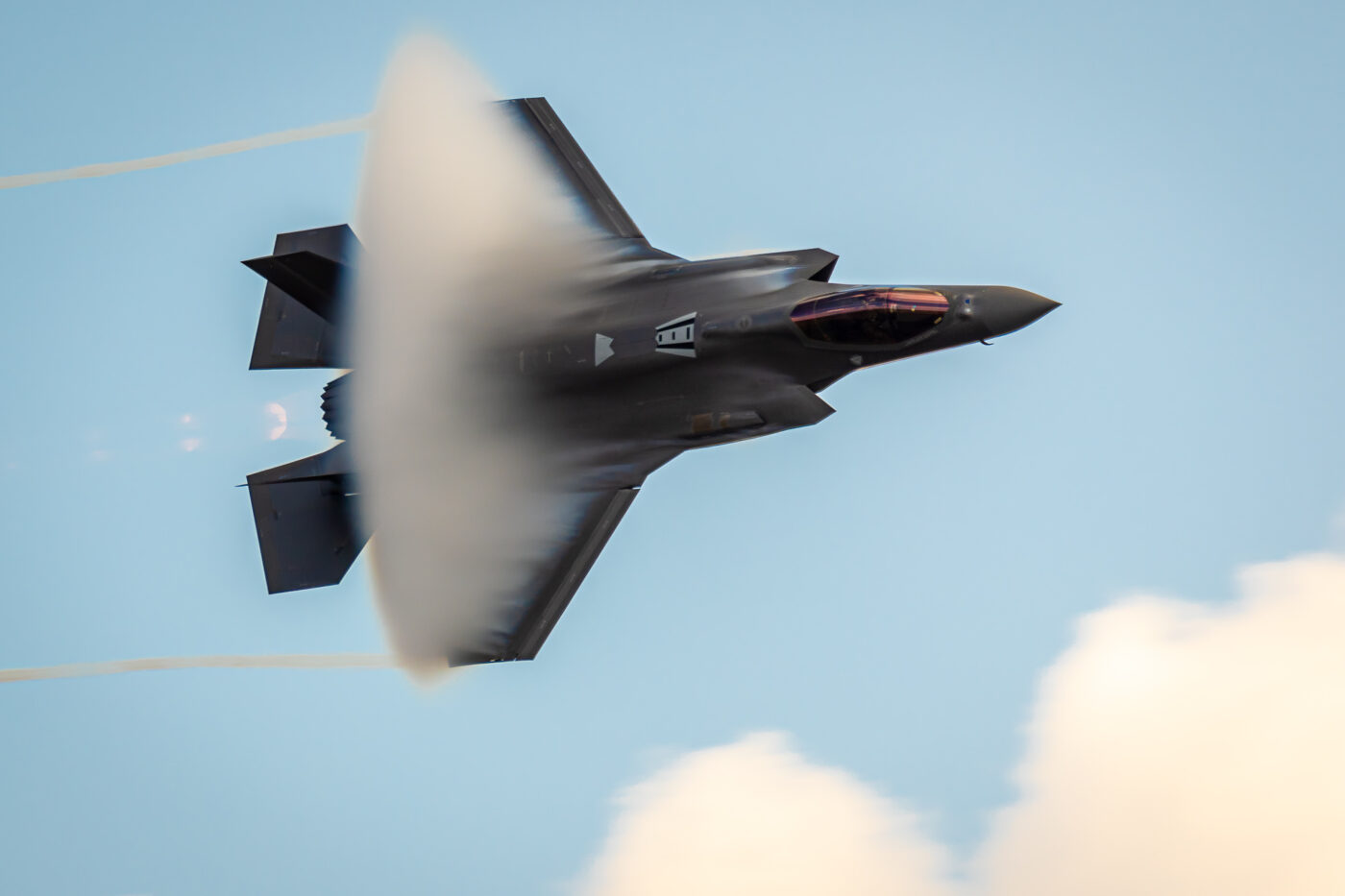 We got treated to a very special demo at the 2022 Sanicole air show. We saw the only presentation of the US Air Force’s F-35 Lightning II demo in Europe for 2022. This 5th generation fighter was demonstrated by Maj. Kirstin “Beo” Wolfe. The F-25 will soon replace the General Dynamics F-16 in the Belgian Air Force.

The F-35 is a stealth design and that means there’s no room for bombs and missiles under the wings. These weapons are tucked away in 2 bomb bays under the fuselage as seen in the photos above.

And then there is the absolute money shot. I am sure that every photographer that was at the 2022 Sanicole airshow has this shot, but what a shot it is! Afterburners on and one hell of a vapor cloud!

To complete the demonstration, Maj. Wolfe was joined by Tommy Williams and his North American P-51 Mustang. Tommy Williams, a retired US Air Force pilot and a captain for Delta Airlines, flew the beautiful Mustang from the Air Force Heritage Flight Foundation side by side that majestic F-35. It was a beautiful sight for sore eyes for sure.